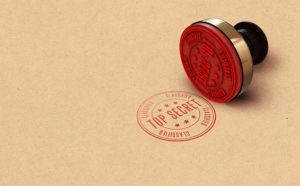 It has been another interesting week at Westminster. Moments before Boris Johnson shut down Parliament for five weeks, the UK’s House of Commons managed to squeeze in a quick vote calling for the disclosure of all documents related to Operation Yellowhammer.

What exactly is Operation Yellowhammer, what’s in the Yellowhammer memo, and how does it relate to the Irish transport industry? This week’s article looks closely at the 6-page government memo, and what it means for our no-deal Brexit contingency planning.

What is Operation Yellowhammer?

Operation Yellowhammer is simply a codename for the UK’s no-deal Brexit contingency preparations. It was a confidential operation until 9th September when, moments before the doors closed – yet again – on the House of Commons debating chamber, Members of Parliament passed a motion that forced Boris Johnson and his government to release all Yellowhammer documents to the public. This forced disclosure means that members of the public can now read a 6 page briefing memo that was previously confidential.

What is the Operation Yellowhammer memo?

The 6-page Operation Yellowhammer memo sets out what the current UK government thinks a no-deal Brexit might look like. It’s a hypothetical planning document – it only covers the problems that the UK government expect to face in a worst-case scenario – but we think it’s worth reading if you’re involved in the Irish transport sector. It’s an excellent opportunity for those of us in the transport sector to sense-check our own contingency plans against the official estimates of the UK Government.

What’s in the memo?

Delays at the ports:

Port delays have been the biggest concern for our transport sector, particularly those of us who move time-sensitive goods, such as foodstuffs and pharmaceuticals, to and through the UK. The Yellowhammer memo suggests that, from day one of a no deal Brexit, traffic flow in and out of ports might drop to 40% of its current level, and stay that way for up to three months. If this were to happen, there would be massive traffic congestion and trucks would face delays of up to 2.5 days per crossing.

At Baku, we’re already building 24 hour delays into our alternative route plans, and we don’t plan on changing this just yet. If there are delays of 2.5 days per trailer, as suggested by the Yellowhammer memo, then we’ll need to bypass the UK land bridge entirely and move goods by sea, something which we’ve already prepared for with our alternative route contingency plans. At the moment, it’s faster for Irish goods to travel through the UK on their way to continental Europe and vice versa, but should that change in the event of a chaotic no-deal Brexit, we stand ready to book alternative ferry routes and redirect our trucks accordingly.

The memo also suggests that British fishermen might blockade UK ports in protest at EU fishing vessels operating in UK territorial waters after Brexit. At the moment, we believe that the likelihood of hundreds of EU vessels fishing British waters illegally, and the subsequent likelihood of UK fishing vessels blockading harbours in protest, is very slim indeed. We believe that, in the event of a no-deal Brexit, our main problems are likely to be related to customs paperwork (barely mentioned in the Yellowhammer memo) and congestion at ports.

The memo acknowledges that 31st October is a bad time of year to go through a chaotic no-deal Brexit, due to its proximity to the busy Christmas period. Page 1 of the memo says “Business readiness will be compounded by seasonal effects, impacting on factors such as warehouse availability.” It then goes on to say that, by Halloween 2019, “…the UK growing season will have come to an end and the Agri-food supply chain will be under increased pressure at this time of year, due to preparations for Christmas, which is the busiest time of year for food retailers.” In short, if the UK leaves the EU without a deal on Halloween, then the run-up to Christmas will be much more expensive and stressful than usual for our industry.

The UK’s worst-case plans for the Irish border are either severely undeveloped, or they’re being kept secret (point 15 on the memo is redacted). The memo says that the UK will implement a “‘no new checks with limited exceptions’ model … to avoid a return to a hard border on the UK side.” It also says that this model is “likely to prove unsustainable due to significant economic, legal and biosecurity risks…”. The memo goes on to say that “price and other differentials are likely to lead to the growth of the illegitimate economy … in border communities where both criminal and dissident groups already operate with greater threat and impunity.” This is an area of concern for us – the memo is quick to suggest that border security will be weak and criminality will increase, but it offers no suggestions on how the UK and Irish governments might manage these concerns, and how we can keep trucks moving between the Republic of Ireland and Northern Ireland on 1st November and beyond.

How important is this Operation Yellowhammer memo?

Since Brexit was announced, businesses like ours have had to operate in a vacuum of information. It’s been almost impossible to get hard facts on how Brexit will pan out, so we’re glad to see some official estimates coming out of Whitehall at last.

That said, we don’t believe that the Operation Yellowhammer documents are as valuable or important as some media outlets have suggested. There are a number of reasons for this…

How we’re preparing for a no-deal Brexit

At Baku GLS, we have been carefully researching the impact of Brexit on our industry for well over a year now. We’ve engaged with industry peers, studied existing international transport protocols and invested in our contingency planning systems. We’re confident that the assumptions we’ve made regarding a no-deal Brexit, and its impact on Ireland and the European supply chain, are a sensible and fair assessment of what might happen next. We’ve planned carefully for the problems that a no-deal Brexit will bring to our door, and we’ve built enough flexibility into our plans to ensure that we can handle surprises.

Whether Brexit turns out to be better or worse than Yellowhammer’s forecasts, Baku GLS stand ready to deliver excellence – first time, every time. Follow the Baku Brexit Hub for more information.