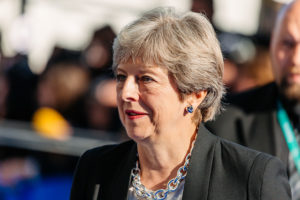 It has been a tough week for Theresa May. Following a collapse in cross-party Brexit talks, on Tuesday Mrs May made a last ditch-attempt to avoid a no-deal departure with her announcement of a ‘New Brexit Deal’. Today, with many details of the deal still a mystery, Theresa May has agreed to stand down as Prime Minister.

Mrs May might be stepping down, but the New Brexit Deal is still on course for debate in Westminster. What can we expect to see in the PM’s new Brexit Deal bills, what are the chances of it winning enough votes in the House of Commons, and how does Theresa May’s resignation affect the risks of a no-deal Brexit?

The New Brexit Deal has been described as a ‘bold new offer’ by respected parliamentarians like Rory Stewart, but this new deal doesn’t actually propose any changes to the Withdrawal Agreement. It’s impossible to change the wording of the Withdrawal Agreement without the consent of the 27 other EU member states. Instead, this new deal attempts to change the way in which the UK interprets and implements the existing agreement. Mrs May has proposed a raft of new changes, but the three most important ones are as follows:

Theresa May has also promised a ‘Compromise on customs for MPs to decide on’ – something that we’d love to know more about – but there’s no further detail on this yet. The New Brexit Deal’s bills will be listed here on or after the 4th June 2019.

Will this New Brexit Deal still go ahead?

Now that Mrs May has announced her resignation, you might expect any Brexit-related proposals to be put on hold while the UK chooses a new Prime Minister. Two looming deadlines are giving Westminster good reason to push ahead, however:

If the UK can get agreement on a new withdrawal deal in the week commencing 4th June, there’s a slim chance that they could pass the legislation necessary to leave the EU just before the new MEPs take their seats on 2 July. It’s almost impossible for this to happen, given how long it takes for bills to make it through the parliamentary process, but it’s enough of an incentive to keep pro-Brexit MPs on course.

Today, MPs will break up for a week’s holiday (Whitsun Recess), then they take another holiday from 26 July to 10 September. After that, parliament sits for 3 days, then it breaks up again for party conferences. There aren’t many working days left for MPs between now and 31 October – it’s now or never.

These two deadlines mean that the week commencing 3rd June is the UK’s last chance to come up with a Brexit deal. If Westminster can’t get a deal, the only options left are a no-deal departure on 31 October, a complete revocation of article 50 (cancelling Brexit), or yet another extension to the Brexit deadline, which is by no means guaranteed.

What does May’s resignation mean for the Irish transport sector?

The next few weeks might offer some certainty over what our borders will look like after Brexit:

We stand ready for whatever happens next

Nobody could have predicted the Brexit developments of the past few months, and with a change of leadership now due in the UK, anything is possible. Whatever happens in the UK over the next few weeks, Baku stand ready to do what is necessary to deliver excellence – on time – every time – for our clients.