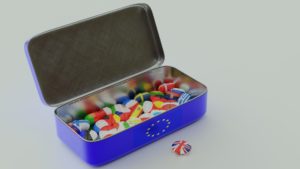 On Tuesday 4th June, MPs in Westminster will vote again on the Withdrawal Agreement Bill – the same bill that has already been rejected three times in the past six months.

Why have MPs decided to vote again on the same bill, what are the chances of the bill getting passed this time, and how does it affect the contingency plans of those of us in the transport sector? Find out more on this week’s Brexit article.

What just happened in Westminster?

Brexit deadlock has plagued the UK’s House of Commons for months now. With no political party holding a workable majority and almost every Brexit-related proposal being voted down by a chaotic and divided parliament, Theresa May and her government had been forced to try a new approach: they’ve met with their biggest rivals to try and agree a deal before the next Brexit vote on 4th June.

May’s Conservative party and Jeremy Corbyn’s Labour party, who between them hold 559 of the 650 seats in Westminster, spent the past six weeks in closed-door talks, trying to agree on a version of Brexit that a majority of MPs could get behind. Today, after weeks of negotiations, it was announced that these talks had failed.

The next Brexit vote is still scheduled to take place on 4th June. If the Withdrawal Bill is rejected a fourth time, it’s expected that Theresa May will step down as Prime Minister, triggering a leadership race in the Conservative Party and creating even more uncertainty in UK politics over the coming months.

Why have the latest cross-party Brexit talks failed?

The biggest problem with this round of cross-party talks has been that neither party can say with 100% conviction what they want Brexit to look like. Many Labour MPs have argued that the UK should maintain a customs union with the EU, while others have campaigned for a second public vote, something that most Conservatives are unwilling to consider. Similarly, while some Conservatives want to back the Withdrawal Bill as it stands, others are vehemently against any form of customs union with the EU and want to leave the EU with no deal. Because of this, the House of Commons is more fragmented than ever, which has made it almost impossible for promises made by the politicians at the cross-party talks to hold any water. These issues, combined with uncertainty over who will hold the job title of Prime Minister by the end of the summer, mean that talks have broken down with both parties blaming each other for the failure.

How likely is it that the UK will pass the Withdrawal Bill on 4th June?

The British media are reporting that Labour and Conservative negotiators discussed every possible way to break the deadlock, including an amended Withdrawal Bill, a second referendum and a preferential vote (asking MPs to rank their first, second and third Brexit preferences, much like the Single Transferable Vote system we use to elect our TDs in Ireland), but none were considered workable.

If any form of agreement had been reached between the UK’s two political parties over the past 6 weeks, then the 4th June vote could have delivered a clear way forward on Brexit, but as it stands now, nothing has changed; the bill looks destined to fail to pass parliament for a fourth time, and the 31st October deadline is inching ever closer. Two major events still have the power to change the way MPs vote on 4th June:

With all this going on, it’s hard to believe that MPs in Westminster are also planning to take yet another holiday. They break up for Whitsun Recess the day after the European Parliamentary elections, and they don’t return to their seats until 4th June.

What does this all mean for our Brexit plans?

Today’s events haven’t increased the likelihood of a no-deal Brexit (that risk has remained fairly constant over the past six months), but what has changed is the likelihood of Brexit taking place by the 31st October.

If Westminster reject the Withdrawal Bill for a fourth time on 4th June, Mrs May will stand down, and there will be a period of internal upheaval while a new government is formed. Time spent on this sort of political manoeuvring will make it all but impossible for the UK to sign off on an early departure from the EU.

What’s more, whoever becomes the UK’s new PM may ask the EU for a new deadline extension; they could argue that they need more time to get a new deal together. If there’s a realistic prospect of a new leader getting a workable deal out of Westminster, then there’s every possibility that the EU27 will agree to postpone Brexit to 2020 or beyond.

Here at Baku, our recommendation to clients is to continue with business-as-unusual this summer. We’re keeping our Brexit contingency plans live and we’re ready to react at a moment’s notice, but based on current facts we believe that the UK will remain part of the EU at least until Halloween.

We still can’t predict what the UK border will look like six months from now, but in the meantime goods need to be shipped, and we’re committed to offering the very best transport service we can. We’re staying nimble, informed and prepared. If you would like to know more about our Brexit contingency plans, contact us or visit the Baku Brexit Hub.