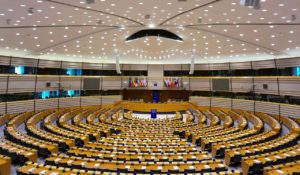 In this week’s article we look at what’s changed in this new Brexit deal, what the deal could mean for those of us in the Irish transport industry, and try to forecast what the next two weeks will look like as we approach the 31 October deadline.

What’s in the new deal?

The new deal, simply titled the “Revised Political Declaration” and available in full on the EU website, is based on the original 585-page Withdrawal Deal that Theresa May was trying to get through Westminster earlier this year. Most of the original withdrawal deal remains intact, but there have been big changes to the proposed backstop arrangements for Northern Ireland. In summary, the new deal promises…

Certainty for businesses throughout 2020

If the UK parliament agree to this new deal on Saturday, then the UK will formally leave the EU on 31st October, but continue to follow EU rules, at least until Christmas 2020. This would give those of us in transport (and other businesses in the supply chain) a reasonable degree of certainty with which to plan our short-mid term operations. It would also create enough breathing room for legislators to communicate new regulatory changes in a timely fashion.

Customs: A ‘clean break’ for the UK, with exceptions for NI

The biggest problem with the original backstop plan was that it could potentially tie the UK into the EU customs union indefinitely. This new deal moves the whole of the UK out of the EU’s customs union on 31st October, giving the UK the freedom to set up new trade agreements internationally without first requiring consent from Brussels. To achieve this, the EU/UK customs border has been moved offshore, between Great Britain and the island of Ireland; any commercial goods bound for the Republic of Ireland via Northern Ireland would therefore now be subject to UK tariffs.

Consent: NI can review every 4 years

If this new Brexit deal is signed off at Westminster, the Northern Ireland Assembly will vote on its renewal every 4 years, ensuring that Northern Ireland maintains in control of its own relationship with the EU over the long term. This medium-term certainty will be an improvement on the last three years for those of us in the Irish transport industry.

Borders: No checks on land

In keeping with the Good Friday Agreement, there will be no hard border on the island of Ireland (instead, checks will be carried out at sea ports). This new deal should therefore reduce the likelihood of gridlock on roads north and south of the border.

VAT flexibility on goods in NI

Northern Ireland would be free to align its VAT rates with rates in the Republic of Ireland. This VAT flexibility gives should reduce the risk of major price disparities between goods on either side of the border, and could help hauliers to harmonise paperwork on shipments moving to/from Northern Ireland.

Johnson’s new deal needs to go through the same processes as Mrs May’s original bill, so the next step is for MPs to vote in Westminster. This vote is scheduled to take place on Saturday 19th October. Success in Westminster is by no means guaranteed; this new deal technically suits more MPs than the original Withdrawal Agreement, but the UK’s House of Commons is bitterly divided, and not just across traditional party lines. What’s more, the DUP have released statements to say that they can’t support this new Brexit deal (a situation that may change before tomorrow’s vote in Westminster).

If the vote passes then we’re on for an orderly 31 October Brexit, with approximately 14 months of the UK following EU customs rules. If MPs vote to reject the new deal, then Boris Johnson is legally obliged to request an extension. From our perspective, either of these options is an acceptable short-term solution, likely to give us a ‘business as usual’ grace period in the run-up to Christmas. In any case, we’re keeping a close eye on the UK government’s Brexit guidance for road haulage operators and maintaining our own detailed contingency plans.

No-deal is still a possibility

Rightly or wrongly, many in the British press have suggested that Boris Johnson is going to push for a no-deal Brexit at the last minute. While we believe that this is unlikely, a no-deal Brexit on 31st October is still technically possible. If you haven’t done so already, please take a look at our No-Deal Brexit Checklist and make sure that your business is ready for any scenario.