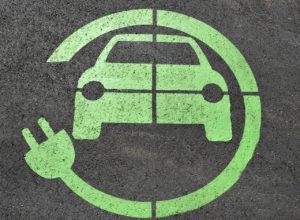 DAF and Tesla are already selling them, and most other truck manufacturers have plans in the works, but how long do we have to wait to see electric HGVs on Irish roads?

With billions being pumped into the electric vehicle industry across the globe, we look at what’s in store for those of us in freight transport, and we examine the facts behind the electric HGV headlines.

The benefits and drawbacks of electric HGVs

When electric HGVs arrive on the Irish market, they’ll offer more than a clean and quiet drive – they’ll help to revolutionise our industry’s relationship with the environment, roadside air quality and even global freight costs. The industry is still very young, however, and billions will need to be invested in engineering, manufacturing and infrastructure before we can all reap the benefits.

Electric HGVs and the environment

The most exciting thing about the arrival of electric HGVs has to be the environmental benefit. Any truck that can produce zero carbon emissions over the course of its lifetime is a world-changing investment worth making. For the first few years of the EV revolution however, a zero rated carbon footprint is not going to be achievable; the electricity to power these vehicles has to come from somewhere, and according to the latest world bank data, 79% of the world’s energy still comes from burning fossil fuels. It’s going to take significant investment in Europe’s power grid before we can truly say that electric HGVs are much better for the planet. For our part, we’ve recently invested in a number of brand new MAN TGX trucks, offering record-breaking levels of fuel efficiency. We’ve also started training our drivers on fuel-efficient driving techniques, which helps us keep our carbon footprint as low as possible.

When Tesla announced its own HGV, the Tesla Semi, in late 2017, it promised to transform road safety standards with a whole host of new technologies (a centred cockpit for enhanced visibility, a low centre of gravity to reduce the risk of rollover and enhanced autopilot features). These features sound great to anyone outside our industry, but in practice there are already plenty of similar safety features already in operation on most European trucks. We think that, as legislation and technology evolves over the coming years, the roads are going to become even safer regardless of whether we’re driving diesel or plug-in trucks.

What’s the range of an electric HGV?

One of the biggest concerns surrounding electric vehicles in general is the distances they can practically cover. While some manufacturers are promising a range of 600 miles on a single charge, this will all depend on the contents of the trailer, local road standards and and the inclines that a truck will be dealing with on any given journey. It’s not as simple as being able to head out on a 500 mile round trip without prior planning.

We predict that the range of any individual electric HGV model won’t matter to most transport companies in the long term; what will be much more important will be the availability of charging stations on Europe’s road network. Today’s EV charging network looks good if you’re driving a small electric car, but the reality is that HGVs take up much more room on the service station forecourt; our industry is going to need its own network of charging facilities if electric HGVs are to become viable.

Will freight costs go up or down?

This is a price-sensitive industry, so we’re always excited to discover cost savings that we can pass on to our clients. Tesla’s Semi range is promising running costs that are half those of diesel (they’re even promising “$200,000+ in fuel savings and a two-year payback period” to American clients), but on our side of the Atlantic, government levies will also need to be considered. For instance, the UK’s HGV levies reward the most efficient vehicles with a discounted rate, and charge a higher rate on trucks that fail to meet minimum standards of fuel efficiency). Whatever happens, the arrival of electric HGVs should be good news for our clients.

When will we see electric HGVs on the road?

We’re seeing lots of investment and road testing at the moment, but we’re not seeing any electric HGVs on the roads yet. Volvo are planning to start trials of its own electric HGV in 2020, Daimler are working on something similar, and DAF have a single proof-of-concept electric HGV in use on the roads in Holland (their client is keeping it in close range of the depot, according to news reports). While lots of research is being done around vehicle manufacturing, HGV charging infrastructure still needs a lot of work; until Europe’s roads are peppered with HGV charging stations, a fleet of fully-electric HGVs might not be viable for most transport providers.

In the short term, we’ll most likely see a lot more Hybrid trucks like PHEVs (Plug-in Electric Hybrid Vehicles), where the driver can use either fossil fuels or electric power, depending on what’s available, to reach their destination. MAN are already building fuel-efficient technology into their trucks, and engineering companies like Tevva are developing exciting new HGV conversion systems. As an industry we can certainly look forward to a clean, green future …but it might take a couple of decades to get there.

Baku GLS are committed to the highest environmental standards

At Baku GLS, we’re focused on keeping our emissions as low as possible. We invest in the latest fleet, technology and driver training to keep our fuel efficiency high and our carbon footprint low. Find out more about our Quality Management Systems.