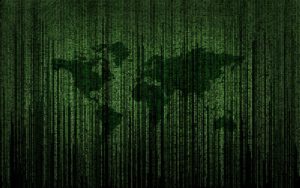 Hundreds of thousands of businesses in the UK and EU will need to make customs declarations for the first time in the weeks following Brexit.

The UK’s tax authorities are upgrading their customs IT infrastructure at the same time, creating uncertainty around which systems to use and when.

In this article, we look at the role played by the UK’s CHIEF and CDS systems in this new customs climate, and our clients will need to do to prepare.

What is CHIEF and CDS?

Both CHIEF and CDS are customs systems managed by the UK to handle international trade. Set up in 1989, CHIEF (Customs Handling of Import and Export Freight) handles almost every aspect of customs control. When suppliers submit their customs documentation, or when a consignment is flagged for physical inspection at the border, this all happens through CHIEF. The UK plans to replace CHIEF with a newer system called CDS (Customs Declaration Service) in the coming months.

Why are the UK replacing CHIEF with CDS?

CHIEF is a very old system, handling a vast amount of customs processes, and over the years it has become increasingly complex and inflexible. The UK had decided to replace CHIEF with CDS long before the UK’s Brexit vote — it’s meant to be a future-proof replacement for CHIEF, capable of handling all future customs requirements (e.g. UCC). At the moment, both the CHIEF and CDS systems are operational; CDS is slowly being phased in, and the plan is to eventually retire CHIEF completely.

Will I need to use CHIEF or CDS after Brexit?

Depending on the type of Brexit we end up with, many suppliers will need to register for at least one of these systems, even if they’ve never had to make customs declarations before. In fact, the latest Brexit estimates suggest that nearly 500,000 businesses across the EU and UK may have to make customs declarations for the first time ever after the UK leaves the EU. If a customs intermediary acts on your behalf, then they can handle customs submissions for you. It may be worth working with an intermediary, given the pressure the new CDS system is likely to come under. CDS was designed to manage around 100 million customs declarations per year, but Brexit could force the system to cope with 250 million, according to FT.com estimates.

When will CHIEF be retired?

The UK haven’t published a hard deadline for CHIEF’s retirement. The initial timeline suggested by the UK government was early 2019, but we’re past that date now, and the UK haven’t updated their guidance for over a year. New customers can still complete an online form to join CHIEF, suggesting that the UK is planning to keep CHIEF operational for at least another few months.

How does Brexit affect the CHIEF/CDS timelines?

Based on our research, it’s likely that CHIEF will remain operational for the whole pre-Brexit period, at the very least. Until the UK’s customs authorities know precisely when Brexit will take place and what customs arrangements it will require, it makes little sense for HMRC to close CHIEF. We expect CHIEF to run in parallel with CDS for at least the remainder of 2019.

Upgrading any country’s customs systems would be a massive undertaking under normal circumstances, so it’s no surprise that the moving goalposts of Brexit have created a challenging situation for the people behind CHIEF and CDS. For those of us in the Irish transport industry, this uncertainty makes it harder to make big IT integration investments in the short term, but the benefits of the UK’s new CDS system will hopefully be worth the wait.

At Baku, we’re focused on delivering excellence, on time, every time, in any Brexit scenario. That’s why we’ve invested in customs training, and we’re keeping a close eye on Brexit developments over the coming weeks. Stay up-to-date with our Brexit preparations on the Baku Brexit Hub.