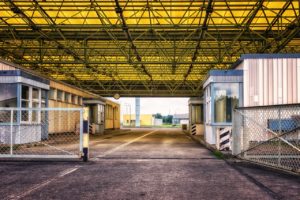 Last month the UK tax authorities announced simplified importing procedures for UK businesses importing from the EU after Brexit. TSP is meant as a temporary sticking plaster to protect the UK’s supply chain in the event of a no-deal Brexit …but how does it work, what will it achieve, and what does it mean for those of us still in the EU?

TSP stands for Transitional Simplified Import Procedures. It’s a temporary customs deferral scheme that is meant to cover the weeks & months immediately following Brexit. The goal of TSP is to enable UK traders to defer customs declarations and payments on goods imported from the EU, in much the same way that Coveney’s Brexit Omnibus Bill would allow for deferred VAT payments in Ireland. It’s meant to provide a workable customs framework in the short-term, while we all wait for UK legislation to catch up with the realities of trade outside of the EU.

Why has TSP been set up?

Without TSP, in the event of a no-deal Brexit, trucks coming in to the UK from the EU would have to make a full import declaration and pay all tariffs before leaving the port. UK customs officials would be forced to hold trucks at roll-on roll-off ports like Dover, Liverpool, Grimsby and London until funds have cleared and customs paperwork is signed off, which would cause unprecedented levels of congestion and choke up the UK’s entire supply chain. The current customs rules would also endanger businesses; any UK-based importer taking goods from the EU would suddenly have to find the cash to pay any newly-created import duties up-front, with little or no warning time.

How will TSP work?

In theory, TSP will keep traffic moving at UK ports. Trucks carrying goods imported from the EU will be able to quote a single reference (an EORI number) at the border and continue on with their journey; the UK-based importer of the goods will then make the necessary customs declaration, and pay the relevant import duties, within 30 days of the truck having passed through the port.

Does TSP apply to me?

If you bring EU goods into the UK via any of the ro-ro ports listed here, then it’s highly likely that TSP is going to apply to your shipments. It’s the responsibility of UK importers to register for TSP; it’s not something you can register for if your business is based in Ireland or other EU member states. The main points of TSP are as follows:

Is TSP only needed for a no-deal Brexit?

At this point in time, TSP is best viewed as a temporary stopgap for any type of Brexit. Importers will need to have registered with TSP if the UK leaves without a deal, but TSP could also play a role in the event of a modified or limited ‘emergency deal’ Brexit. With less than 3 weeks to go, it’s looking increasingly likely that the UK parliament will leave with no deal, so TSP registration should be a priority for all UK importers.

TSP will certainly help reduce the overall risk of delays at UK ports, but in practice, each individual roll-on roll-off port will face its own challenges. Physical features of a port that we might not even notice right now (e.g. a shortage of ‘space on the tarmac’ for trucks awaiting customs clearance, a lack of appropriate inspection booths or even a port’s proximity to dual carriageways and motorways) will have a big impact on how that port can manage delays post-Brexit. We have made our own predictions based on what we know about the unique features of each port, but we will continue to factor in a blanket lead time on all UK traffic until Brexit has taken place.

As a business, we’re advising all of our UK-based import clients to register for TSP (you can do so here). We expect TSP to apply from 29 March for at least 18 months, and for other existing systems and kitemarks (e.g. AEO) to be gradually incorporated into UK/EU customs requirements thereafter. If Brexit is delayed, our TSP predictions may change. Find out more about what we’re doing to prepare on the Baku Brexit Hub.